Social and traditional media were awash in disturbing images of family members fleeing tear gas canisters, pepper spray and flash bang grenades, some running without shoes and in diapers.

A low-flying Customs and Border Protection (CBP) helicopter used the down draft from its rotors to spread the tear gas cloud into a Mexican-side canal where many people were gathered.

President Donald Trump had earlier authorized CBP agents to consider rock-throwing as assault with a firearm. He had been anticipating the arrival at the border of a procession of 5,000 to 7,000 asylum-seekers, all on foot and largely fleeing violence, economic poverty and drought in Honduras and other Central American countries.

The United States has created a backlog at the border by employing a ticketed system of entries and forcing asylum-seekers to remain in Mexico. “We’re not turning people away,” Customs and Border Protection Commissioner Kevin McAleenan told reporters in October. “We’re asking them to wait.”

It is not surprising that the mayor of Tijuana has declared a humanitarian crisis and is hoping for more financial support to provide the basic necessities of life to migrants.

In the lead-up to November’s midterm elections, the president referred to asylum-seekers as “predators,” “human shields,” an “insurgency” and “the worst scum of the world.”

This language creates a false pretence to deploy 5,200 troops, helicopters and heavy equipment to the border, double the number who are stationed in Syria.

The president recently defended the Thanksgiving tear gassing, claiming that three CBP agents had been “very badly hurt” by rocks and stones thrown by migrants whose “violence is very strong.” However, his account contradicts an earlier statement by CBP Commissioner Kevin McAleenan, and the CBP’s internal assessment, that “the likelihood of violence directed against CBP personnel along the border is minimal.”

These horrific tear-gas attacks have fuelled moral outrage, as well as a probe into the legality of lobbing chemical weapons over the border, with the state of California debating legal action.

We should question how and why the Trump administration is creating a border spectacle that then purports to justify the militarization of the border against this supposed invasion. The administration is repelling the asylum-seekers by any means necessary, forcing them to remain in squalid conditions and denying them access to their rights.

Using military language, as Trump does repeatedly as commander-in-chief, fuels widespread perceptions of migrants as “invaders.” The language creates the false impression of danger. The group becomes seen as a threat that must be contained and pushed out.

It results in a show of power to citizens that their government is in charge of the immigration and asylum systems, and that they should trust and feel protected by these tough officials.

This rhetoric reinforces an “us versus them” mindset, leading to nationalist feelings and displays that then justify violence to repel foreigners, including women and diapered children.

There is a long history of falsely associating foreigners with disease, and this is no exception. Fox News has been reporting that the migrants have “health issues” as talking heads warn falsely that the newcomers will conjure up the long-eradicated smallpox and bring it into the United States.

While it’s certainly a fallacy that diseases respect borders, the use of the border as a “cordon sanitaire” to protect the country is a powerful tool to deploy.

The Trump administration insists on putting forward harmful actions to back up its rhetoric of hate. It’s going to build a $5 billion border wall; it will separate tens of thousands of children from their caregivers, confining them to desert tent cities despite signing an executive order purporting to end the practice; and now attacking men, women and children on the Mexican side of the border with tear gas.

Local activists have long been protesting the efforts to scare citizens about this bogus migration crisis.

It’s time to start listening to these voices, and to react with compassion to asylum-seekers not with violence, hate and militarized language.

This article is republished from The Conversation under a Creative Commons license. Read the original article here.

Dr. Stephanie J Silverman is the interim associate director of the Ethics, Society, and Law Program at Trinity College, University of Toronto, the Vice-President of the Canadian Association of Refugee and Forced Migration Studies (CARFMS), and an International Adviser with the International Detention Coalition. She works primarily on the socio-legal ethics of incarcerating asylum seekers and other migrants in Canada and the United Kingdom. 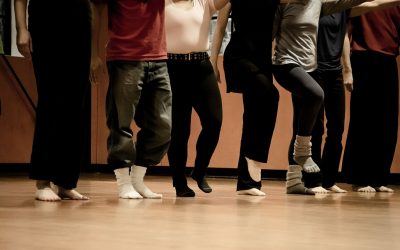 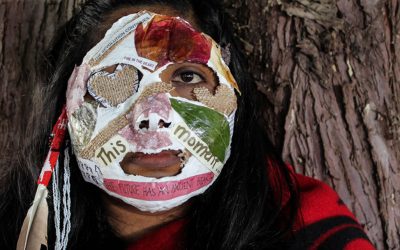