Water as Protector: Divinities of Vodoun in Benin

Upon arrival in the African country of Benin, with its shifting sandy beaches bordered by the Atlantic Ocean, its tropical plants bearing sweet mangoes and sugar canes, and the myths and legends so rich they seem to hang in the air like humidity, it is easy to wonder if magic could be real. This question only deepens upon further exploration of the small country nestled between Togo and Nigeria.

About 25 kilometres from bustling Cotonou, the economic capital of Benin, there is access, by boat alone, to the lake village of Ganvié. Everything in the village revolves around water, from transportation, to the myths and history, to the enduring ancestral religions still practised today.

Life on the Lake

Nearly the entire village of Ganvié is built on wooden stilts and suspended above Lake Nokoué. There is a bar, a restaurant, artisan shops, a church, a mosque and enough family homes to house its nearly 20, 000 inhabitants. There is a floating market where village women in small dugout boats called pirogues sell produce, such as tomatoes and peppers, and goods, such as milk and fish, along with other supplies. Instead of roads, residents use water channels to get around.

Each family owns between three to four pirogues. Often, men in a family use one pirogue to fish, while the women use their pirogue to buy and sell wares at the local market, or at the market on the lake’s shore. The children, who learn how to paddle at the ages of two or three years old, use their pirogue to go to school. Rows of pirogues filled with children singing and laughing occupy the busiest channels each morning and afternoon. The elementary school is located on an island just big enough for children to run and play soccer. It’s one of the only structures in the village built on solid land, with the exception of a cemetery currently under construction. Otherwise, dotted throughout Ganvié there are only tiny mounds of dirt and grass that host livestock, such as goats and chickens.

It’s a local irony that access to drinking water is limited. There are a few potable water pumps throughout the village, as the lake water is not safe to drink. Household and livestock waste is disposed of into the lake, but it’s waste from the nearby city of Cotonou, dumped into the lake’s southern shores, that is causing increasing problems for the fishing industry and for wildlife, according to the humanitarian organization Amis de L’Afrique Francophone-Benin.

Locals, however, don’t have to thirst for knowledge. Villagers in Ganvié are connected to the internet through cell phones, and the two major Beninese providers have taken up shop in the village, so topping up data is just a short pirogue ride away. Though some homes have generators, most villagers still await the infrastructure that would make electricity possible.

Yet despite some 21st century conveniences, many Ganvié residents continue to practise their ancestral religions and water’s ability to protect and provide continues to be woven into the spiritual beliefs that created this community in the first place.

A Story of Survival

The village’s history has its roots in colonialism. Benin has a diversity of Indigenous peoples with different ethnicities that have various customs, languages and traditional beliefs. Many centuries of trade amongst these groups have led to a sharing of cultures.

But this is not the only telling of this story. Another version has it that crocodiles helped the Tofinu by carrying the wood for their new homes on their backs.

When the Portuguese came to Benin, beginning in the 15th century, they began to capture slaves. In some cases, Portuguese people enlisted the help of one ethnic group to capture slaves from another, even though, in the end, no Indigenous group was safe from the slave trade.

The Fon people, who were from the kingdom of Dahomey before the French annexed it in 1984, were captured slaves on behalf of the Portuguese. The Fon attempted to capture another Indigenous group, the Tofinu. However, this group took advantage of a law followed by the Fon, which forbade the Fon from attacking any settlements on water.

The Tofinu people built homes on Lake Nokoué, and these homes became what is now the village of Ganvié. The water of Lake Nokoué kept the Tofinu people safe from capture and, today, the descendants of the original settlers reap resources from the lake in the form of fish for trade and an impressive tourism industry.

But this is not the only telling of this story. Another version has it that crocodiles helped the Tofinu by carrying the wood for their new homes on their backs. Because of this, crocodiles are revered and celebrated by the Tofinu people of Ganvié to this day. It is easy to believe in this kind of magic throughout all of Benin, because magic is woven into the region’s history and into the fabric of the abiding religion of Vodoun.

Vodoun is a religious worldview at the root of Cuban Vodù, Haitian Vodou and Voodoo in the American South. When Europeans began sending African slaves to the Americas, they were also sending the skills, beliefs, languages and know-how that these peoples possessed. Through interactions with local Indigenous peoples in the Americas, as well as with the European slave traders, ancestral Vodoun beliefs shifted to include influences dependent on where practitioners were taken.

Even the Vodoun in Benin is influenced by Christianity, Catholicism and Islam, but at its source, beliefs include a divine creator and Vodoun spirits that take the form of divinities related to the elements of earth, water, air and fire. It also incorporates other forces of nature, the ethnic spirits of different tribes and clans, and rivers, plants and stones.

In a family of Vodoun practitioners, it is possible that all members pay tribute to the same divinity, and it is also possible for each member to pay tribute to a different divinity. It depends on the individual and what the Ifa, Vodoun’s system of divination, reveals to them.

Within this very complex and nuanced system of beliefs, there are those who seek favour and protection from water divinities. Aduke I. Nadège Akpona, a professor at the University of Parakou in Benin, says that in the regions of central Benin, serpents symbolize water and the serpents are related to the deity Dan, who represents the primordial ocean.

“In order to attract good favour from Dan, one can offer a certain number of things prescribed by Ifa,” Akpona says. “Offerings vary depending on one’s needs, and perhaps on one’s shortcomings. There can be fruit, sweets, poultry or sheep, for instance.”

In other, more agrarian areas of Benin, Akpona says that people often give offerings to Sakpata, an earth divinity. Because earth is considered the natural receptacle of water, those in these areas might ask favour from Sakpata, that he may hold water and provide bounty in crops.

Akpona also mentions the existence of the Dansi, Avleketessi and Manmyssi, which are people married in devotion to the water divinities Dan, Avlekete and Manmy, respectively.

“These are people who are subject to certain rules and rituals related to the deity to whom they are married,” says Akpona.

In Vodoun, water is used along with herbs in potions and in ritual baths concocted by priests and priestesses to purify and cleanse, to heal and to protect. There is a deep connection and trust in the divinities that are directly connected to the natural world.

Magic in the Mundane

Travel to Benin highlights the mythical, protective qualities of water in a powerful way. But for those of us who live outside this fascinating country, it is not mandatory to book a flight to experience the magic of water that we may easily take for granted. It lives in all of us.

Water plays a protective role in our bodies. When we’re in danger of overheating, we sweat. When we feel surges of strong emotion, we cry. Our bodies transform water into substances that communicate our physical and emotional states to ourselves and to others. We can see these processes as annoying or inconvenient. Or, perhaps, we can choose to see them as magical. It depends on which telling of the story we choose to believe.

Perhaps honouring our connection to the natural world means allowing space for stories of life-saving lakes and crocodiles, of powerful favours from divinities, and of the protective magic of water living right beneath our skin.

Délani Valin is the editor at Culturally Modified. She is a Cree-Métis writer with a Bachelor of Arts in Creative Writing from Vancouver Island University. She writes poetry, fiction, and non-fiction about culture and identity. Her work has been awarded the Malahat Review's Long Poem Prize, and subTerrain's Lush Triumphant Literary Award. She was nominated for a 2018 National Magazine Award. 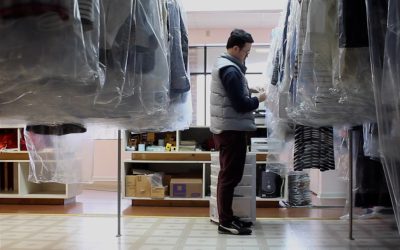