Britain and France setting aside historical differences with the 1904 Entente Cordiale.

Americans and Germans fighting together against the Nazis at Castle Ittre, near the end of the Second World War.

The passing of an olive branch in favour of a common cause isn’t new. But it is worth noting, particularly when it comes to groups that have historically been deeply divided over claims to the land.

While such alliances aren’t entirely new or ground-breaking, the coming together of unlikely bedfellows for a common cause deserves to be celebrated. As Grossman points out, “Social scientists commonly examine racial or ethnic conflict, but few have studied such examples of cooperation based on common interests and outside threats to survival.”

Grossman, a professor of geography and native studies at the Evergreen State College in Olympia, Wash., approaches the issue from a unique perspective. He was raised with an intimate understanding of cultural genocide: his parents, who lost family in the Holocaust, were from Hungary and his father Jewish.

“From my dad’s side, I understood that genocide is not a historically distance, abstract concept, but affects families many decades later. I learned to mistrust cultural pride and difference, because of the horrors it could lead to, and to instead find and appreciate similarities among peoples that transcend religious, ethnic, or racial divides,” he says.

“The Americans who turned a blind eye to repression of Native peoples reminded me of the ‘good Germans’ who just followed orders, and I quietly vowed to be a ‘bad German’ like those who hid out Jews or resisted the Nazis.”

Grossman examines how diverse cultural backgrounds unite through a common connection to place and preservation of resources with what he defines as “cross-cultural anti-corporate populism.” He defines four steps to these prior adversaries finding common ground: First, the assertion of autonomy by Indigenous populations, followed by a rightwing populist backlash, leading to a decline in racial conflict and, finally, collaboration.

“Farmers, ranchers, commercial fishers, and sport fishers had been virtually at war with Native nations over the control of land and resources. Yet members of the communities unexpectedly came together to protect the environment from an outside threat,” Grossman says.

Unlikely Alliances does an excellent job of summarizing the politics of relationships revolving around Indigenous populations and resources while connecting historical information to present-day scenarios and offering context for readers unfamiliar with the subject.

Unlikely Alliances does an excellent job of summarizing the politics of relationships revolving around Indigenous populations and resources while connecting historical information to present-day scenarios and offering context for readers unfamiliar with the subject. The book successfully integrates historic government policy with current social climates and environmental resource management in the United States, and details the interactions between specific Indigenous land-use initiatives and their array of stakeholders.

Emphasizing the threat to cultural values through the culture wars that play out in battles over resources, such as fish, land and water, it shines a light on these conflicts and highlights the inherent power imbalance in these relationships.

But while Grossman examines the Pacific Northwest, extending as far east as Wisconsin and buffering the 49th parallel, his studies never cross the border into Canada. Which is a shame.

Anyone familiar with the discourse around Canadian First Nations’ rights and title, particularly in British Columbia, is unlikely to find anything groundbreaking in Unlikely Alliances. Unsettled treaty negotiations afford rights to First Nations not experienced in other parts of the country or internationally.

As a result, cooperation between First Nations and environmental groups, or anyone with deep connections to the land, has been commonplace here for decades and the linear progression Grossman outlines hasn’t necessarily applied: Conflicts ebb and flow, sometimes appearing cyclical and ultimately heading in a direction that’s beneficial to the overall good.

The beauty of Grossman’s book is that it highlights this concept of collaboration for American readers. That message could be further deepened by providing a comparative view of alliances north of the border, thereby creating an inspiring look at what is possible through allegiances that transcend cross-cultural boundaries.

In the end, it contributes to the growing literature base that recognizes water and associated resources as culturally sacred. It is indeed our most important battle for the foreseeable future. 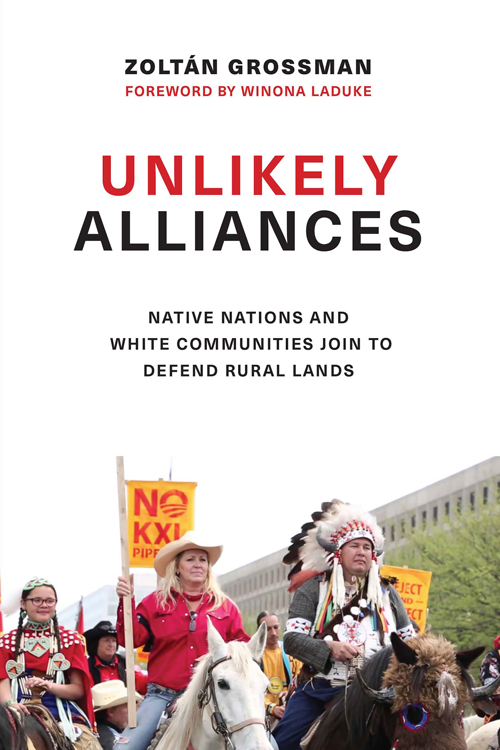