Lauren Kaljur (left) travelled across the US interviewing people about water contamination in their communities. Photo by Maria Esquinca.

Lauren Kaljur is an investigative journalist who spent 10 weeks investigating water contamination issues across the United States as a participant in the Carnegie-Knight News21 program for student journalists. As the lead reporter for Indigenous communities, she spoke with groups whose drinking water is contaminated with uranium or waste water. In this interview with Culturally Modified, she shares what she learned during the project, such as the healing value of water, and her reflections on access to drinking water across Canada.

What is News21’s mandate and how did you get involved in its Troubled Water project?

Carnegie-Knight News21 is a golden-ticket opportunity for young journalists. Every year, a team of students is selected from journalism schools across North America to join forces and investigate a complex national issue, from voting wars to hate crimes to marijuana. After a number of months of research and training remotely, they gather at Arizona State University’s Walter Cronkite School of Journalism to pitch stories, then report in the field across the United States to produce multimedia content for publication like The Washington Post, NBC News and USA Today. I am grateful to have been among those students in 2017, nominated by the University of British Columbia’s Graduate School of Journalism.

I say golden ticket because across the world and especially in Canada, investigative journalism is in trouble. Massive layoffs and closures stemming from a collapsed news business model mean fewer and fewer resources are allocated to in-depth investigative reporting. I think most people would be shocked to hear how long it takes, and how much it costs, to uncover groundbreaking headlines. The opportunity to put up to 30 young minds on a complex crisis like access to safe drinking water and send them out to talk to people in their homes and communities is a dream come true.

Tell me about the scope of the project: How long? Who did you talk to? Who was involved with the project and what was produced?

News21 is led by Pulitzer Prize-winning investigative journalist Jacquee Petchel and former executive editor of The Washington Post Leonard Downie Jr. As a member of our podcast production team, we interviewed this powerful duo. You can hear their take on News21 and the impetus for our investigation into water here.

South of the border, journalists from B.C. are known for being ahead of the curve when it comes to reporting with Indigenous communities, thanks to the mentorship and training of trailblazing journalists and professors like Duncan McCue, Angela Sterritt and Candis Callison.

Because of this training, I was encouraged to lead reporting on Native American stories. I knew to do my research, understand the history and build trust. I knew to report from the understanding that media has been a destructive force of colonization of Indigenous peoples in North America. I knew to listen for the many stories of resilience, instead of parroting tired, destructive stereotypes, collectively known as the WD4s.

Armed with this knowledge, I set out in a car with Macee Beheler, joined at times by Maria Esquinca and Claire Caulfield, to meet Indigenous community members in New Mexico, Utah, Wyoming and Montana.

We met the Soldier Wolf family, members of Arapaho Nation in Wyoming, who told us they were kicked off their land to make way for a uranium mill — then forced to drink the water poisoned by it.

We met members of White Mesa Tribe, living in fear for their health and well-being from a nearby uranium mill, with the risks it poses to the aquifer that supplies their drinking water beneath it.

We met Darlene Arviso of Navajo Nation, who drives hundreds of miles every day along dirt roads filling up 5-gallon drums so Navajo families can drink safe water, because their wells are laced with uranium.

We met members of Apsaalooke Nation in Montana, whose source of drinking water was being contaminated by waste water for years before they knew or could do anything about it.

There is a lot to be discouraged about in the content produced by the Troubled Water project — from the pervasiveness of contaminated water in an industrialized nation to apathy from government and industry. What was the most shocking part of your research?

What shocked me most was the revelation that agencies like the Environmental Protection Agency and the Bureau of Indian Affairs knew, in some cases for decades, that water was contaminated, but nothing was done about it. In Sanders, Arizona just outside of the Navajo Reservation, the EPA and Arizona Department of Environmental Quality knew the water was contaminated with uranium as far back as 2003, and both sent violation notices to the water provider. It wasn’t until 2015 that the state notified residents of the contamination, claiming the contamination did not pose a risk to human health.

I was equally stunned by our finding that tribal water systems averaged about 60 percent more water-quality violations compared with non-tribal water systems, according to EPA data. As one source, Mike Andreini, put it to me: “To understand tribal public health is to understand Third World standards and practices.”

But even more shocking to me is that we could not uncover comparable findings in Canada. The data does not exist. Canada is one of two OECD nations that doesn’t have national, legally binding drinking water quality standards in line with World Health Organization’s recommendations. That’s because our rules are not really rules at all, they’re guidelines, resulting in dramatically inconsistent approaches to regulation across Canada’s 13 provinces and territories. This means we can’t compare and measure data in one central place.

Sadly, even if we did have a national database for drinking-water testing and violations to draw from — it would be hard to come by. As has been widely reported, Canada’s access to information system is broken. As we speak, journalist Patricia Elliott is still fighting for access to what should be public information about Husky Energy’s 2016 bitumen spill that poisoned the water of roughly 70,000 residents in northern Saskatchewan, in spite of a ruling from the privacy commissioner in her favour.

Racism is often given as a reason for negligence from government and industry, but there are also middle-class neighbourhoods suffering from water contamination. How much does socio-economic status affect access to clean water?

As we uncovered, people from all different socio-economic backgrounds suffer from contaminated drinking water. But research shows there’s a pattern of industrial polluters being located in low-income and minority communities  across the country. Take a look at the government’s mining database and you’ll see that most of the uranium mines in the western United States are on federal tribal lands.

Research shows there’s a pattern of industrial polluters being located in low-income and minority communities across the country.

At the same time, my colleague Macee Beheler and I met a white and well-to-do farming couple, Rhonda and Jeff Locker, in Pavillion, Wyoming who fought Calgary-based oil company Encana Corp. in court for four years before reaching a confidential settlement for allegedly poisoning their well water through the oil drilling that took place on their farm and triggering Rhonda’s mysterious neurological illness. As we uncovered, this battle took an overwhelming toll on the couple’s life and health. While the medical symptoms are indisputable, proving blame when it comes to complex hydrological systems and human disease is a next to impossible.

But the reality is, most people couldn’t dream of waging a costly court battle for the sake of safe water and health. Courts are out of reach for most people, especially when they’re struggling to make ends meet. Unless communities can band together to launch a class action suit, with a good enough case and lawyers willing to work pro bono at their sides, many allegations go ignored and unsolved — while those suffering are left to drink up.

What can communities do to ensure access to safe drinking water?

There’s no doubt we are blessed with plentiful fresh water in Canada and some of the best drinking water in the world. But we can’t take this for granted. Communities can’t afford to assume regulators are keeping a close eye on their water, especially if they’re people are drinking from a private well. That’s not because people working in government are bad, but for a complicated list of interconnected reasons, like the legacies of resource development in Canada, drought and floods associated with climate change, the structure of our regulatory systems and the budgets and inefficiencies associated with complex bureaucracy.

If they care about water, community members should get involved in their local government and find out where their water comes from and how it’s managed. Over my years of reporting, I’ve learned that government is really good at responding to crisis. They’re less good at being proactive. We have to take care of prevention ourselves, before it’s too late. And the best way to do that is at the community level.

What has your research taught you about the value of water?

Water has the power to heal communities. This goes beyond physical health.

Water has the power to heal communities. This goes beyond physical health. In my time reporting deeply about water, I learned how poisoned streams, rivers and wells impact families, local economies and the cultural bonds necessary to survival. By healing the river, the Apsaalooke Tribe in Montana brought their people closer together, empowering old and new generations of leaders to better their community on their own terms, dressing the wounds of colonization in the process.

Ironically, I think the fact that water knows no borders is its greatest strength. Travel along and learn about any source water, be it the Colorado River or the Columbia River, and you’ll find diverse communities and all levels of government working together to ensure safe access to water and its many resources — because they have to. As the world remains crippled by apathy and denial about the effects of climate change, I think water will be the source that teaches us how to work together. I’ve seen it unfold in front of me.

What are you doing now? How do you apply what you learned on this project?

I’d like to ask these same questions in Canada. The water in my hometown of Union Bay on Vancouver Island runs brown and drinking water advisories are commonplace. Coal hills and coal storage lands sit just a few minutes’ drive from my mom’s house. I often wonder, what’s really going on? I want to better understand why Indigenous communities across Turtle Island are still living in Third World conditions, without access to safe drinking water. And I want to know how they’re fighting for it.

I’ve had the privilege of being part of a few other collaborative journalism projects since News21, like The Price of Oil and Tracking Trans Mountain. Through these projects and my role at the Vancouver-based digital news outlet The Discourse, I’ve come to firmly believe that the future of public-interest journalism depends on our ability as individual reporters and news outlets to collaborate and pool resources toward common goals. I look forward to more efforts like these that challenge our assumptions and point to a way forward.

The following documentary, Troubled Water, is the result of News21’s collaborative journalism project in which Lauren Kaljur participated.

Lauren Kaljur is an investigative journalist specializing in environmental, economic and Indigenous affairs. In her role as producer and reporter at The Discourse, Lauren produced in-depth news stories in service of underrepresented communities. Her contributions as an investigative reporter for national collaborative projects, The Price of Oil, Troubled Water and Tracking Trans Mountain have appeared in publications across the U.S. and Canada. Before her role at The Discourse, Lauren reported for the Yukon News, CBC and Arctic Deeply. Lauren is an avid photographer, videographer and audiophile, carrying a Master of Journalism degree from the University of British Columbia. 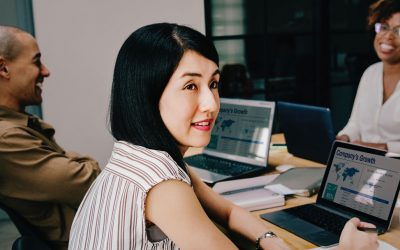