Even in moments of helplessness, there’s power in standing by, in watching the unthinkable.

This summer, multiple wildfires burning out of control in the BC Interior merged into a single fire estimated to be more than 467,000 hectares, making 2017 BC’s most destructive wildfire year on record. As fires bore down on communities across the Interior, tens of thousands of residents were evacuated. But a few refused to leave.

Some stayed to protect the ground on which their ancestors had lived for countless generations. As Chief Joe Alphonse of the Tl’etinqox First Nation notes, forest fires aren’t new to the region: “We are generation after generation that continue to live in a fire zone. This is not new to us,” Alphonse told the Toronto Sun in July.

Others, like Green Lake resident Brad Potter, had purchased their properties in pursuit of their dreams: The land represented countless hours of work, labours of love, not to mention livelihoods. With family and a handful of possessions at a safe distance, they chose to stay on and fight—or else be there to watch their dreams incinerate.

“There was a bottle of whisky in my boat and a towel I could wrap around my head,” Potter says. “I was just going to watch it happen in my boat and watch my investment go up in smoke.”

Potter and his wife, Gail, bought the five-acre lakeside property in 1995. Hoping to one day operate a resort there, the couple renovated a derelict cabin, which had been abandoned to packrats 25 years earlier, and over time added smaller guest cabins and RV lots. Potter estimates his investment in their resort, Wind and the Pillows, at $3.5 million.

“I felt very confident that I could stay here and take care of my property,” says Potter, who also founded the local volunteer fire department. “I’ve prepared the property to be very fire safe.”

His wife, son and all but a handful of neighbours evacuated in early July. Knowing that if he chose to leave he wouldn’t be allowed back, Potter opted to stay. He was alone on the property for two and a half weeks, enjoying the lakeside location during one of BC’s hottest summers: “It was hot and beautiful down here, apart from the fires,” he says.

During that period, the fires came within two kilometres of his home, at times moving one kilometre per hour. He could see the smoke plume billowing up behind his house, but it was impossible to tell whether the fire burned a few hundred metres or several miles away.

Only once did he question his decision to stay.

Two conservation officers and an RCMP officer arrived at his door, visibly shaken as the fires bore down, and tried to convince him to leave. Potter remembers the look of fear on the officers’ faces: “They were terrified,” he says. “They said, ‘Get the hell out of here. Why are you here?’”

When they left, Potter sat for a half hour and doubted himself. At that point, his home’s future—not to mention his safety—was at the fate of which way the wind blew. “There were a couple nights where you just didn’t sleep,” he says.

While this year may have been a close call, Potter speculates that it’s simply a matter of when not if his property will eventually go up in flames.

While wildfires may not be new, human response to them is: Historically, our landscapes would have seen small, isolated fires, resulting in more grassland. While we value our treed landscapes, today’s mature forests—protected by fire suppression and turned to tinder by infestations like mountain pine beetle—offer enough fuel to ignite fires of epidemic proportions.

The futility of the fight hasn’t convinced Potter to back down. The couple is currently installing an irrigation system for when the next unprecedented fire season bears down. However, despite their insurance, Potter says they wouldn’t rebuild on the same site: devoid of trees, it wouldn’t be the same place, he says.

Attachment to place, of course, is relative. For First Nations who have lived on the land since time immemorial, simply picking up and moving isn’t as feasible or as appealing, when you consider embedded history and community. Sometimes it’s the memories held within the land as much as the features on its surface that sustain us in a place.

It’s when those memories, those features, our hopes for the future and our connection to the past, are threatened by outside forces that can be the hardest time to turn away. 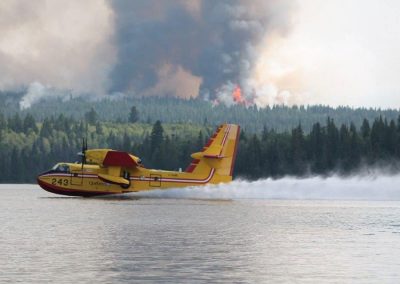 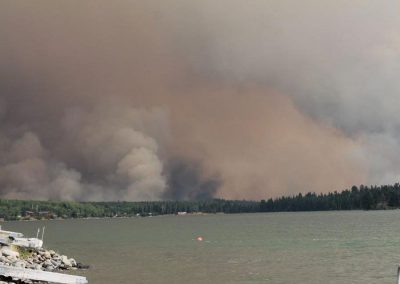 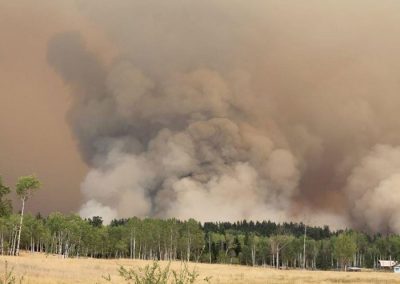 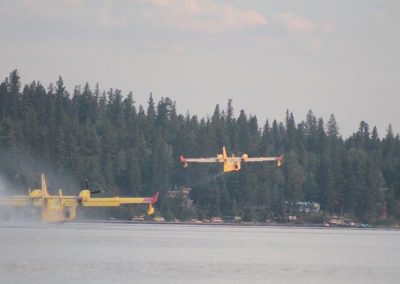 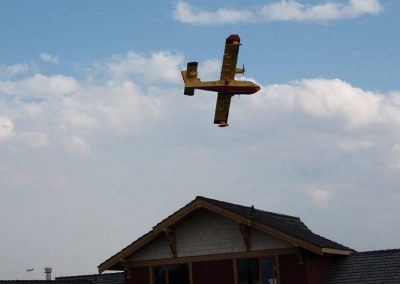 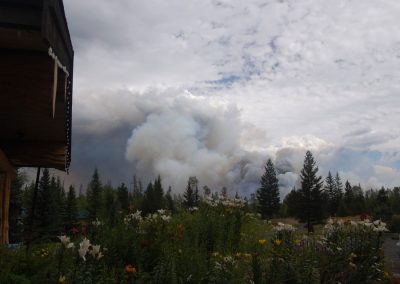